What is Web Augmented Reality ? Benefits and the future of Web AR and Web design

According to the study of ‘Internet Live stats’, there are approximately 1.5 billion websites that are available on the internet in the world. This number however is not surprising by seeing the current trend of digitalization. Everybody wants his/her content or ideas or business or views to get tremendous reach that too in very much less time. And for this, website is a handy tool. But here the question is of better user engagement. What if you have created a good looking website with exceptionally well design aspects but still users don’t feel connected to your site? Conventional website developing is becoming boring day by day. Newer innovations are promptly accepted to make the website much user oriented. These new innovations come on its way. One of such innovations is the use of augmented reality on website. It’s widely known as WebAR (Web augmented reality). First of all, let’s start with the basic idea of WebAR. 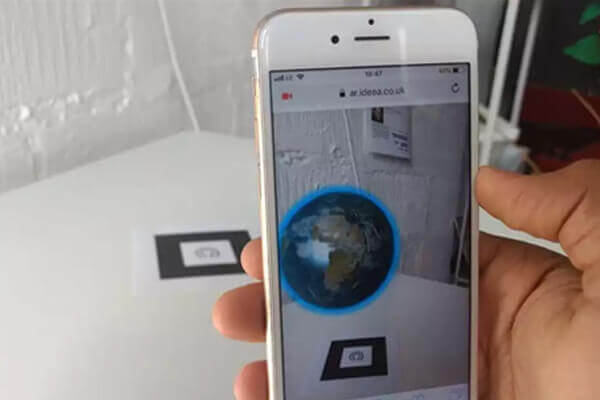 With the use of JavaScript 3D rendering libraries to show an additional 3D object projected of what the mobile device or any other device’s camera shows us in real time. The same idea can generate a simple looking but very impressive augmented reality experience that can be experienced by the one who is having a smart-phone or resembling device.

As our users and website visitors want something new and fresh on a daily basis on our sites, we must understand their needs. And WebAR may serve as the solution to these dynamic needs of the users. The most affected and benefited section of the market may be the field of advertisement. Printed Ads were having their own existence and importance in an older time, but in this digitally advanced era, marketing on social media and websites are becoming popular amongst the digital world. WebAR is nothing but just a further advancement of digital marketing beyond traditional social media advertising.

In particular cases, the print and social media advertising have lost their charm of advertising but WebAR could add a new interactive dimension to this conventional and may be somewhat outdated advertising methods. WebAR can do this by using AR for immersive personalized and interactive experiences. Because if we think about the question that which tool is handy and catchy for the user? Definitely the answer would be handy electronic devices and websites. It will help us to convert the users. A call-to-action during the WebAR experience can make sign-ups, make a booking or make a purchase very much easier as possible for users.

Possibilities for lapses are much lesser in case of WebAR compared to wearable technologies. Web designers and developers have been trying their best to put AR into action in recent years. They’re mostly using the smart-phone cameras or laptop webcams to encourage users to get in touch with products and services.

AR.js is a very effective tool because it runs entirely in a web browser, so you don’t have to download an app. This also means that you do not have to buy a particular device, such as an iPhone, to enjoy web AR. It will work on iOS 11, Android, Windows Mobile, or any other platform. It runs very fast, even if your phone is not so new and AR js is entirely open source and available on GitHub. For those of you who like A-Frame, it works well with AR.js

Another tool that is used with web AR is QR codes. Basically, you scan the QR code with your phone, and you will be redirected to a web page which will take you to the AR content. As you can imagine, such QR code augmented reality has many uses to it.

AR applications for web design are in evolution phase. We must thank the creation and development of compatible plug-ins like WordPress VR for this. This type of plug-in helps web designers to upload 360-degree videos to their sites.

With AR becoming readily available to us, designers will continue to leverage the technology in mobile user interfaces as much as possible. The shift will provide users with an increasingly affordable option that significantly will make their browsing experience practical and vibrant.

Lenskart : Lenskart is an online store for the spectacles. Earlier, they created the website and added an AR feature on it. With the help of this AR feature, the user is enabled to wear the desired frame of spectacles digitally to see how it looks on him/her. All this process was based on augmented reality. However, after some time of launching such webAR, lenskart shifted on making app for the same. But this AR feature had created a buzz in the market. 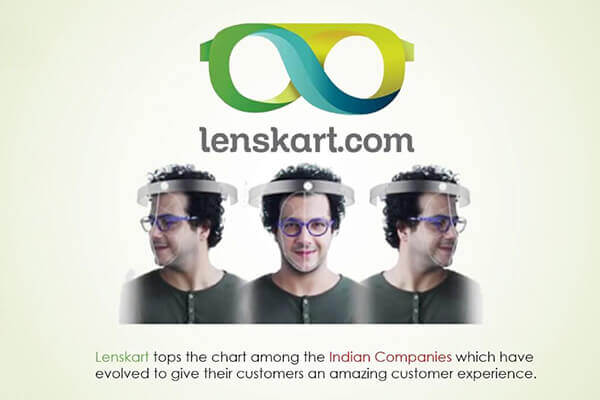 The essence of WebAR is shown in the figure below: 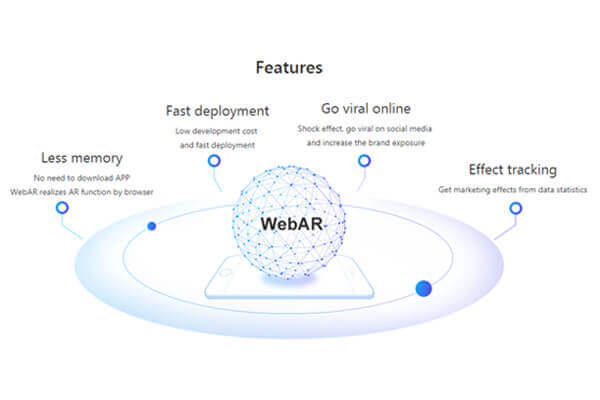 In this context there are other terms that we should learn about. And those could be simplified one by one as follows:

The term Web-powered augmented reality means the type of AR which is created on some browser with the help of HTML or other type of programming. Such ARs are mostly browser dependent. We will understand this with some examples for better understanding.

Nowadays, Google is working on a project to bring ARCore to the Web itself, using an experimental web browser, called WebARonARCore. There is already available an iOS version, similarly called WebAROnARKit . Mozilla has also recently joined the party, and has just released the WebXR Viewer iOS app . We’ll get to them soon.

A-frame is an emerging technology from Mozilla for competition against Google’s above product. A-frame allows you to create 3D Scenes and Virtual Reality experiences with just a few HTML tags. It’s built on top of WebGL, ‘Three.js’ and Custom Elements, a part of the emerging HTML Components standard. A-Frame has a growing ecosystem of various plug-ins, which make it even more powerful while at the same time keeping the syntax simpler.

Web based AR is a segment of web development that uses regular smart-phones to provide the user with an AR experience. A marker is used to orient the scene, and then current JavaScript 3D rendering libraries are used to depict a 3D object shown on top of whatever is in front of the cell phone camera. The result is a simple yet immersive experience that pretty much anybody can enjoy.

A firm called ‘nexus interactive arts’ has started experimenting on web based augmented reality. There are 4 experimental platforms are created by them. We will see them one by one.

The Future for AR and Web Design

Augmented reality is an emerging technology and as we all know that emerging technologies are having challenges for developers and designers. As web design that incorporates AR increasingly goes dynamic. Investment in optimizing AR-infused desktop experiences becomes tricky, complex and time consuming at the same time. Though there is a great potential for AR on the web—it could be used in many applications such as shopping, education, entertainment, etc.

Targeting the audience and their user base would be crucial for the developer before taking advantage of AR. They must keep in mind one thing that AR is much more dependent on customer experience than VR (which is expressively used for gaming). Ultimately, AR is revolutionizing the web design industry and the best that is yet to arrive.

We have just seen some different and exciting ways web AR can be implemented, but what is just as impressive is that it is a win-win for everybody. For developers, this technology offers faster deployment times and fewer costs. For consumers, one of the main benefits is the accessibility. Everybody loves augmented reality. And users anywhere, will be able to enjoy it regardless of the device they are having. Furthermore, it can be used for all kinds of purposes to immerse the user in the content. While this could be for both commercial and educational purposes, the most important thing is that it opens up a lot of opportunities. 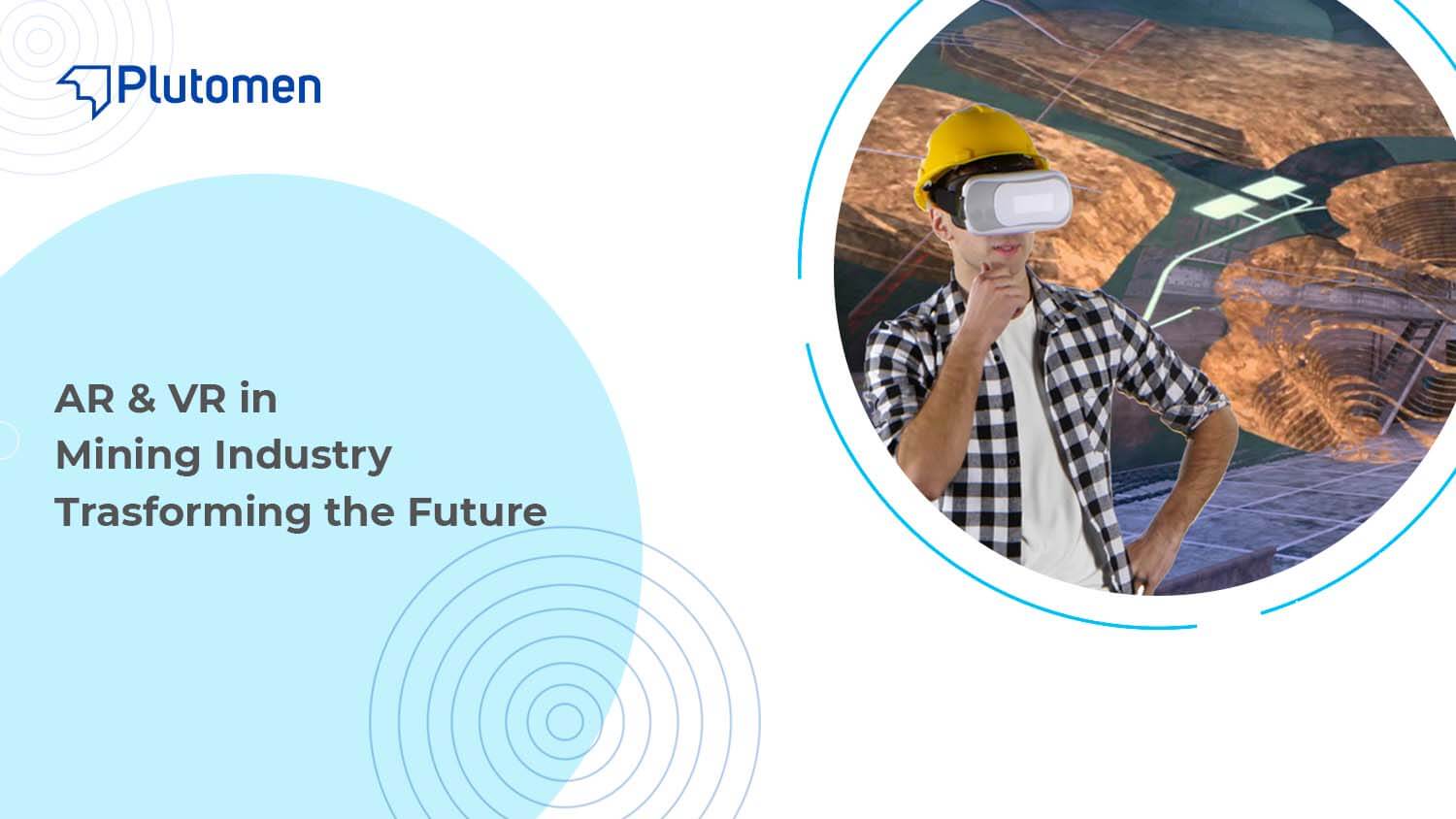 VR and AR in Mining Industry : Transforming the Future 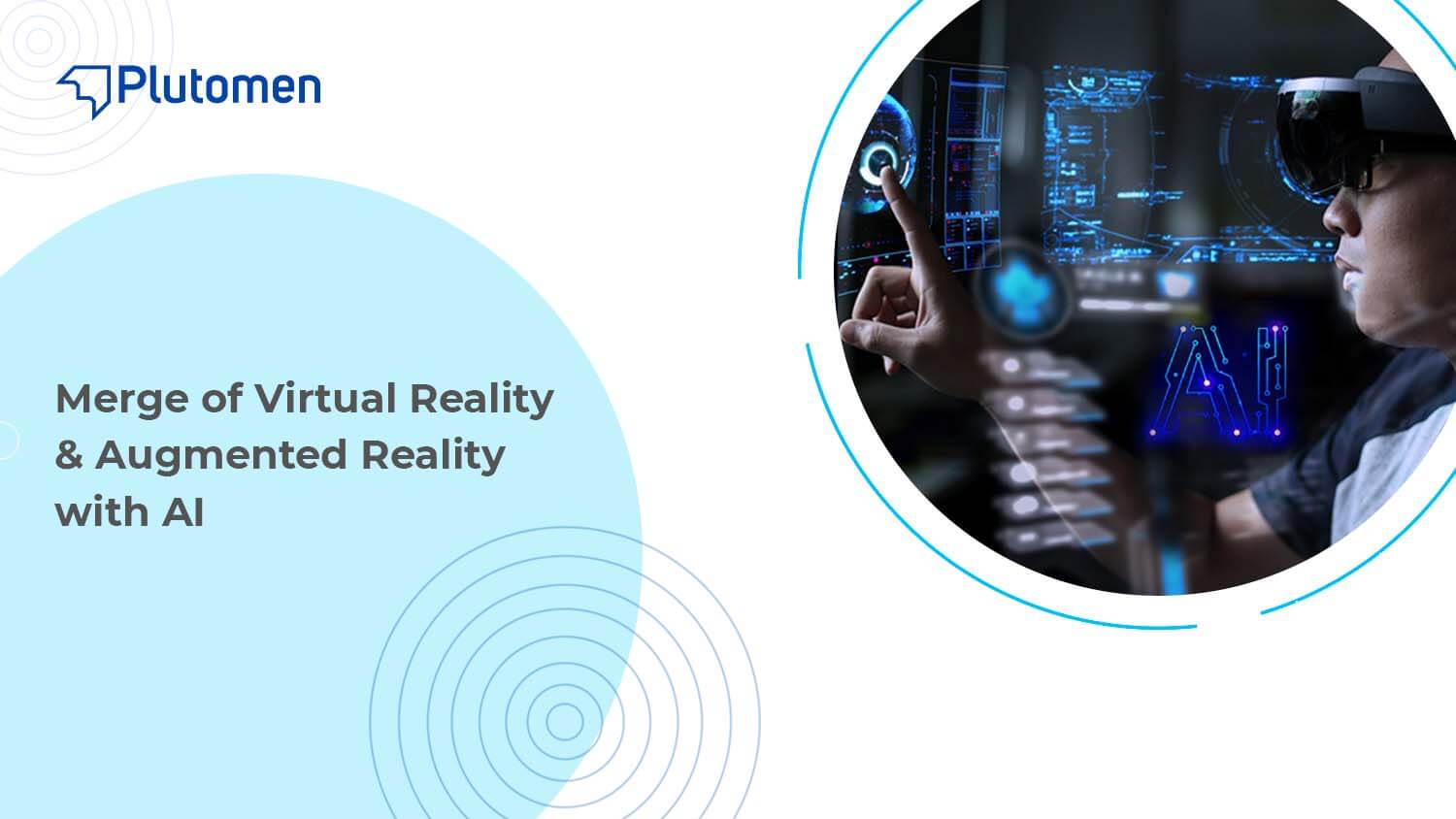 Merge of VR & AR with AI