Advancements in technologies like Augmented Reality (AR) are changing the way people work and factory automation is one of the processes where AR is making a significant impact.

Factory automation is an evolution and a subset of industrial automation accomplished through the implementation of technology and systems to automate manufacturing processes. With factory automation, the ultimate goal is to increase factory productivity and reduce costs. Boosting performance and productivity in factories with automation on one hand and augmented reality on another can be quite a game changer.

Automation has been used in factories for decades now, but the recent advancements in technologies like AI and AR have made it possible for robots to work with humans more effectively than ever before.

The engineers have been using AR to superimpose virtual elements constructed from CAD and other data onto the real objects depicted on mobile devices, desktop computers, smart glasses, and headsets. The ability to superimpose the virtual upon the real differentiates AR from virtual reality (VR). With AR products, it becomes easy to identify components, machines, or area of a factory. Using devices such as a smartphone and AR, the workforce can be guided directly to equipment that require attention.

AR products also provide step-by-step digital instructions by highlighting elements, such as screws and faceplates, on the screen. It involved providing instructions in the correct order as per the workflow. It also incorporates 3D animation of the elements to show how they are removed, replaced, or reassembled. This is extremely beneficial when a human worker needs help on a task that’s too difficult for them to complete by themselves, or could be time-consuming for them.

In this way, AR is utilized to support various kinds of human-centered activities, like maintenance application wherein AR-based products guide technicians through routine maintenance on a gearbox.

According to McKinsey, the world can save 749 billion working hours by automating 64 percent of manufacturing tasks.

The world is becoming more competitive and factory automation is becoming inevitable. With squeezing margins, factory automation helps industries find a way towards increasing their profitability and better performance. Through automation, factories are increasing the output which eventually results in cost reduction. As another advantage, it also increases the safety of the workforce, especially when handling hazardous equipment or working in dangerous environment. But can every industry implement factory automation with the same approach? The answer is NO, the needs and requirements vary from industry to industry and they are required to approach factory automation in different ways for efficient accomplishment of the same.

Here, we’ve listed types of factory automation that work for most industries.

The process of partially manual workstations is a blend of automation and human expertise. In partial automation, only the simpler tasks are automated and the final decision is always taken by an expert. For example, in the manufacturing industry, partial automation is implemented for tasks like quality checks that require some level of human oversight.

When an enterprise needs to produce a large number of products with the same specifications and quality, they may use partially automated manual stations. The machine does most of the work and the human operator oversees how it is doing its job. If necessary, they can also step in to do some tasks that require more creativity or skill than what machines are capable of.

Automated single processes are the processes that are done repetitively, without any alteration, and can be automated. To have your workforce do such tasks or hiring a new worker isn’t fruitful for such tasks as they can be more efficiently utilized for tasks that require human interventions and decision-making, thereby increasing the overall productivity levels.

These repetitive tasks are done by automated single machines, which are also known as special-purpose machines or automated assembly machines. These machines can be used to make sure that the same task is done in the same way every time, with no change.

Some of these automated single machines are:

These are the series of workstations that are responsible for specific operations. Here, individual processes are automated, which are controlled by transfer systems and electronic control systems. These types of production lines are used in industries where there are multiple repetitive processes. Note that in the production line, automated processes are different from each other and come into picture one after the other, resulting in an overall automated production line. Hence, there are predefined sequences for completing tasks. Every workstation completes the job and transfers it to the next workstation.

Automated production lines are used in a number of industries, such as the automotive industry or the food industry.

For example, in the automotive industry, automated production lines are used to manufacture cars. In this process, there is a sequence of operations that takes place. The first operation is to assemble the vehicle’s chassis and body parts together. This is followed by installing an engine and wiring up all the interior features like seats and air conditioning systems. The next step is to install all other mechanical features like brakes and suspension systems. Lastly, they put on wheels and give it a final inspection before it goes out for sale.

There is no involvement of humans in equipment operations. In factories where automated production lines are used, human workforce is utilized for tasks like system design, supervision and enhancements in the current systems.

AI is a key component of end-to-end automated factories. It is used to control and manage the factory’s production process, optimize production line flow and schedule tasks accordingly. AI also helps to monitor the health of the machines and can even predict when they will fail.

Today, most industries around the globe are implementing these methods of factory automation, esp. after the impact of the pandemic. The number of industries resorting to automation techniques as also on a rise as it comes with numerous benefits for them.

Let’s take a look at the top 5 benefits of factory automation.

Machines can operate for 24 hours are not susceptible to human error. They can be programmed to perform the same task over and over again. This means that they will be able to produce more products than a human could in the same amount of time without getting tired. It results in consistent production of required products with the same quality and expected quantity.

Thus, unlike humans, machines can work for much longer durations without any deviation in the production quality, leading to continuous and consistent productivity.

With factory automation, you can calculate the exact amount of raw material required for production, which reduces waste and leftovers. This results in being able to produce more products with less required raw material and thus there is less waste created as well as leftovers from production.

With automation, factories can produce goods faster and more efficiently than ever before. Automation has many benefits for the productivity of a factory. It improves production rates as you can streamline the whole process. It does not include human interference; thus, it reduces human errors and labor costs, and it also and increases efficiency in the workplace.

In a survey of employees, 7 out of 10 respondents reported that workplace automation increased their productivity.

Humans in factories are more susceptible to getting injured as there are high-end machineries, but factory automation offers safer working conditions. We’ve intelligent robots who can sense the danger and they can shut down as and when they sense it. Thus, factory automation helps you control the risk of getting injured and offer your workers a safer and better working environment.

Factory Automation is the Future of Manufacturing

Factory automation has been around for decades but it was not until recently that the technology became more advanced enough to be used in industrial settings. The advancements in Industry 4.0 are creating an ecosystem which is capable of boosting the automation in factories and take it from partial to complete automation. With such developments, industrial enterprises can anticipate a transformation that will address an age-old challenge – maintaining high factory uptime. Additionally, the increased productivity and safety of the factory setting are among the other advantages industrial enterprises can look forward to.

An Oxford report estimates that implementing automation in the manufacturing industry could increase $4.9 trillion every year by 2030.

Factory automation will observe more and more changes in the decades to come, and will result in increased work quality. Jeff Bezos said, “I predict that, because of artificial intelligence and its ability to automate certain tasks that in the past were impossible to automate, not only will we have a much wealthier civilization, but the quality of work will go up very significantly and a higher fraction of people will have callings and careers relative to today.” With the right system and platforms, you can make industry more profitable, productive, and efficient. We live in times when the manufacturing industries are changing rapidly and to keep up with all the advancements, factory automation is the only way forward.

Plutomen is a unique B2B SaaS Product powered by AR technology to empower enterprises with innovative remote collaboration tools for their remote frontline workforce. We believe in the digital empowerment of industrial frontline teams to help them adapt and capitalize on the benefits of Industry 4.0. With over eight years of experience in servicing and consulting clients in AR, we provide enterprise AR B2B SaaS products. Our product is a perfect fit for industry leads such as Manufacturing, Telecom, IT Infrastructure, Automotive, and more.

Plutomen Tech team is one of those pioneer creators and disruptors in Augmented Reality (AR) and Virtual Reality (VR) solutions for remote assistance in the industrial landscape. We promote industrial digitalization through our three products –

AR-powered remote assistance & video-collaboration based platform that enables your frontline workforce to connect with your experts instantly. The features of Plutomen Connect include:

AR-powered self-assistance platform for next-gen workforce training, digitalization of the process, and providing an interactive knowledge repository. The features of Plutomen Workflow include:

Equipped with the latest and the world’s most advanced AR technologies, our products empower the frontline teams and extend their capabilities to ensure that your productivity not just remains unaffected but reach new heights.

Book a demo with one of our experts to experience how these products can play a vital role in the digitalization of your factory and take a step towards automation. 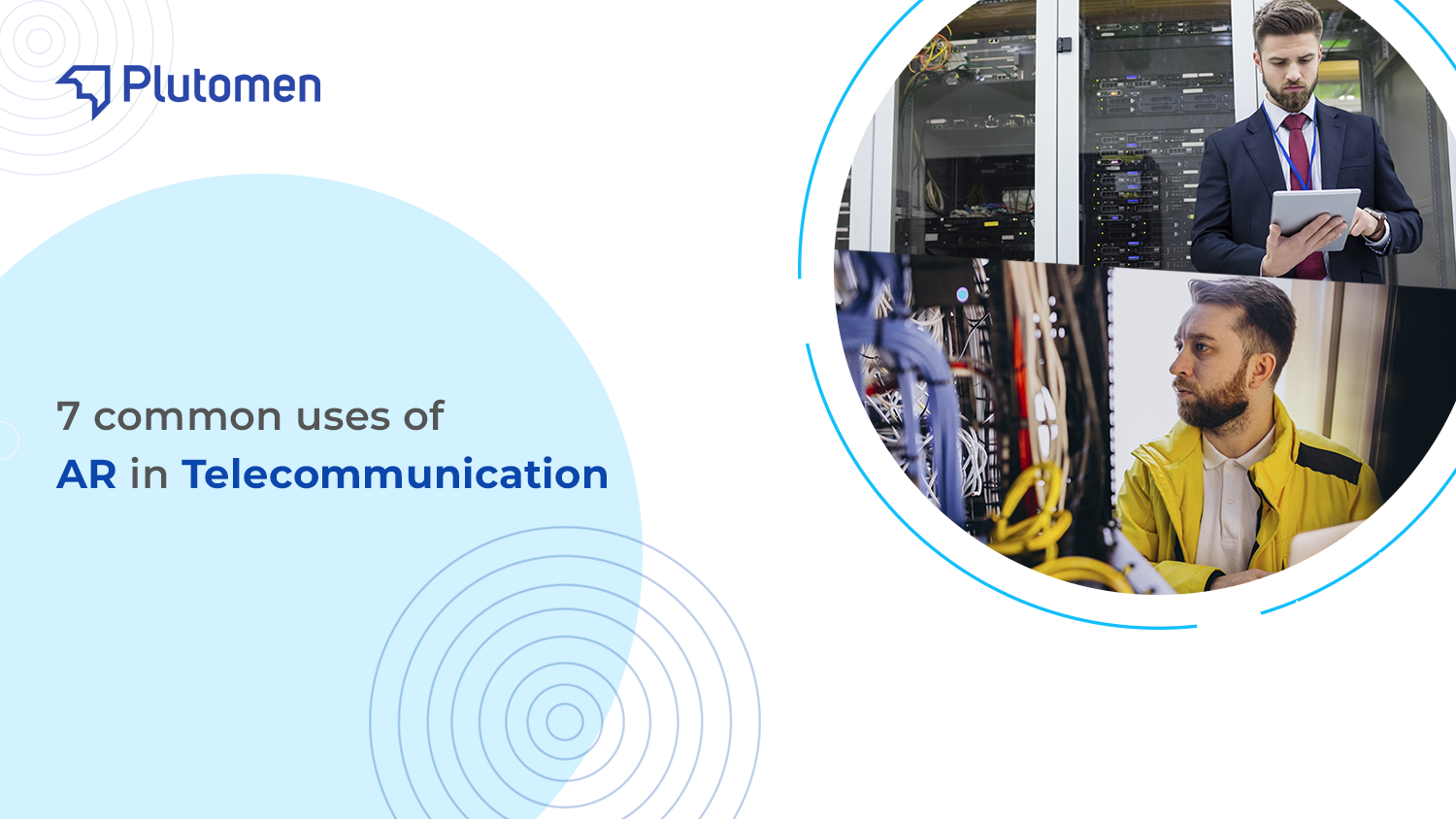 7 Common Uses of AR in Telecommunication 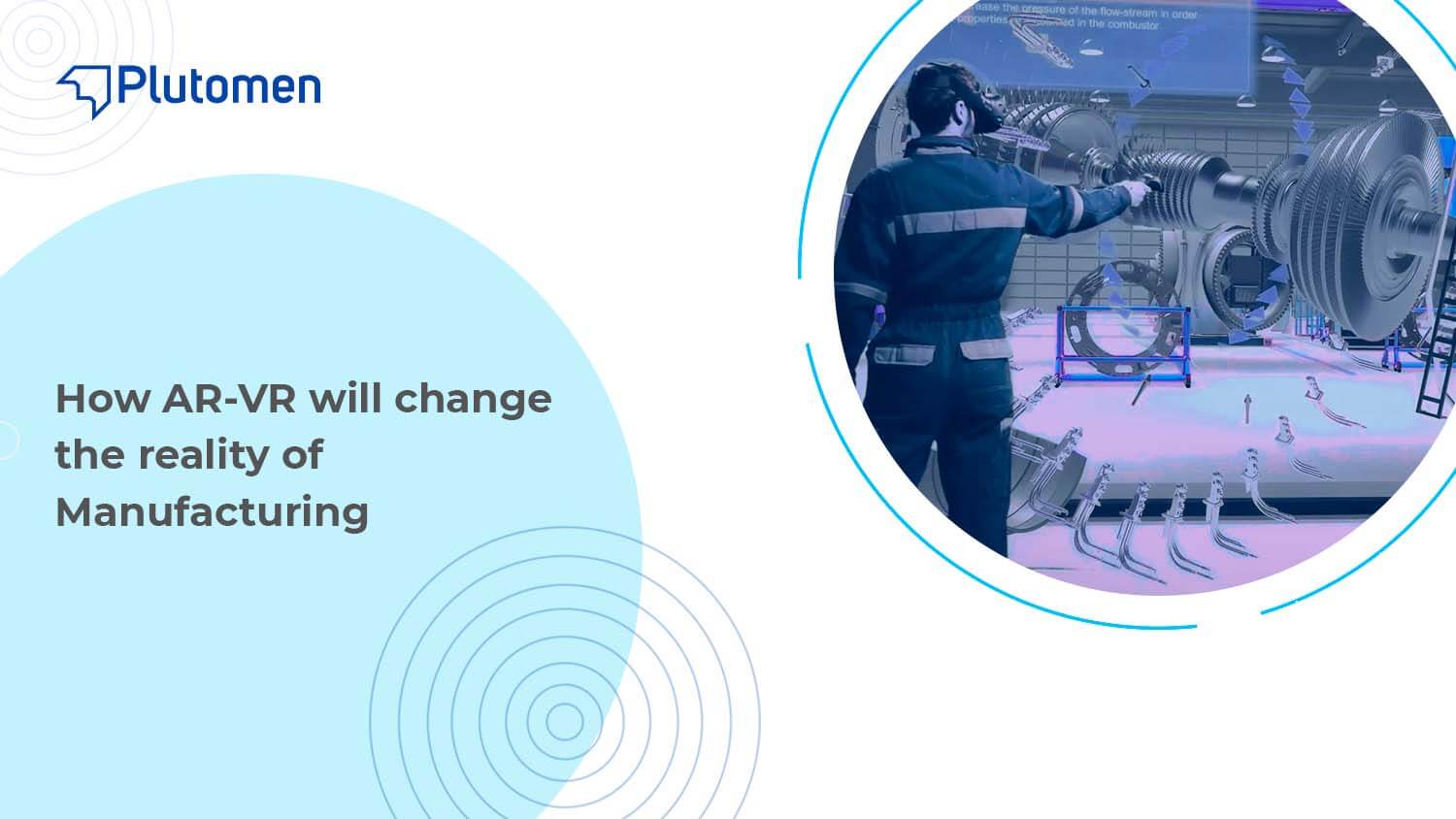 How AR/VR will change the reality of manufacturing? 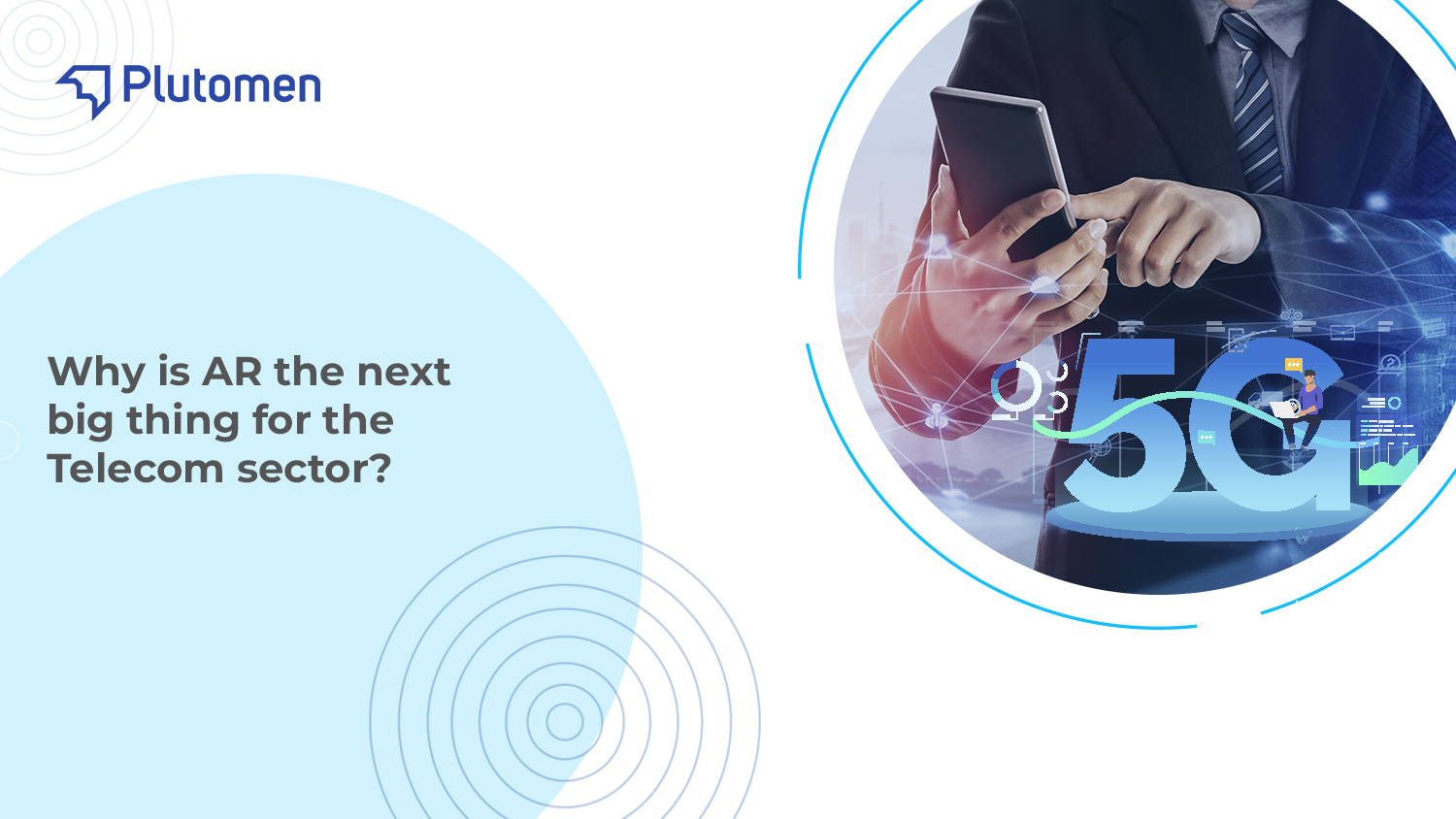 Why AR in Telecom is next big thing for the year 2022?